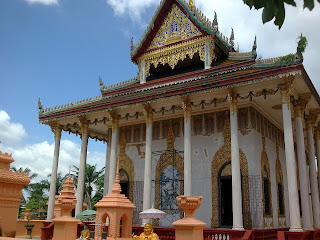 Out in Prachinburi on a teaching trip I visited this temple.  Nice city, like no tourists, smallish place.  ﻿ 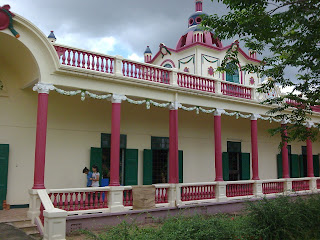 This is a small museum on the grounds of the above temple.  This city was politically important in the late Nineteenth Century, ruled by a bureaucrat with strong connections to the royal family.  These "European style" buildings were a status symbol at the time.  ﻿ 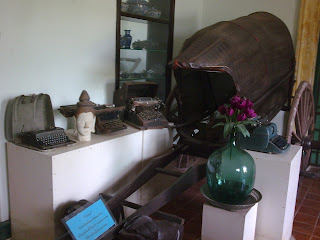 The museum features the usual old stuff, in no particular order.  This corner includes four typewriters.  The one at the right, the blue one, is probably a 1950's model, that's old enough for a Thai museum.  The one in the middle really was old, maybe 1910. 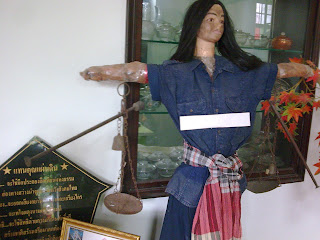 ﻿I love this thing.  It totally fails as a manikin, but it's kind of sweet in its clunky way and its real meaning is quite mysterious.  Why the scales hanging from the "arms?"
Posted by fred c at 2:12 AM