The less said about the trip the better, although I'm sure that it will come up.  After the nightmares stop, maybe.

Google, and Hotmail too for that matter, decided to protect me from myself for the entire trip.  On this trip, and for the first time, after ten years of traveling around and signing in from everywhere, they decided that I was a security risk to myself because I was not at my customary IPO.  There was nothing that I could do to convince them that it was me, either.  Believe me, I tried.  I was provided with codes that somehow never "matched the code in our files."  Even after I got back it took me a half hour to convince them that it was me now and it had been me in Los Angeles too.  I'm sure they'll apologize.

Nice to be back.  Sorry for the forced absence.
Posted by fred c at 9:02 PM No comments:

This is the rare one.  The first sequel, released in Japan in 1955.  It's been hard to see for all of this time.  I've seen all of the other Godzilla movies multiple times, but I had never seen this one until I got hold of a very nice DVD recently.  Full length, in Japanese, with English subtitles (or in a dubbed version, both are on the DVD). 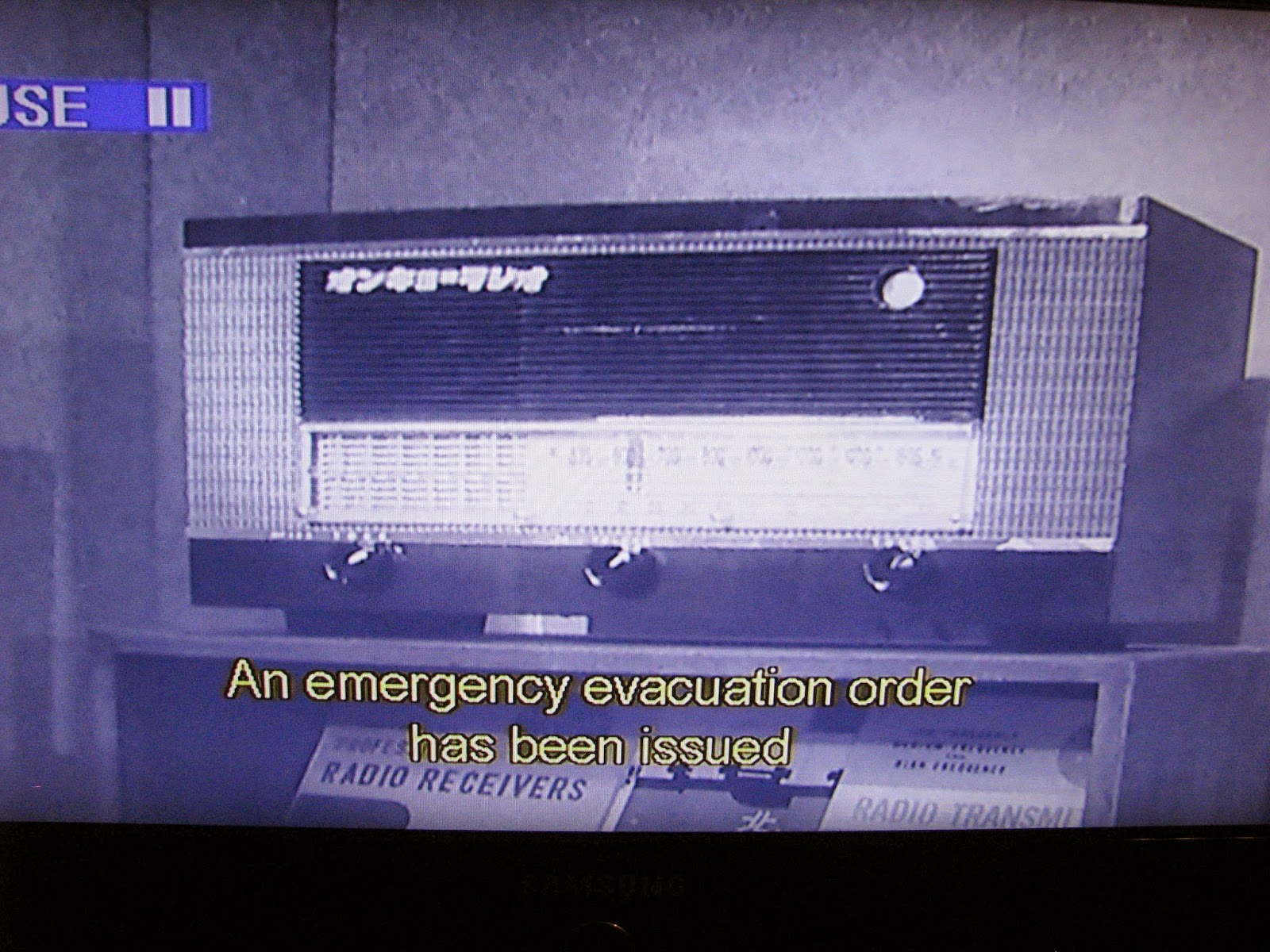 I always say, "not a movie review," because my concerns are not academic at all.  For instance, I'm overly fascinated with the devices and the vehicles. 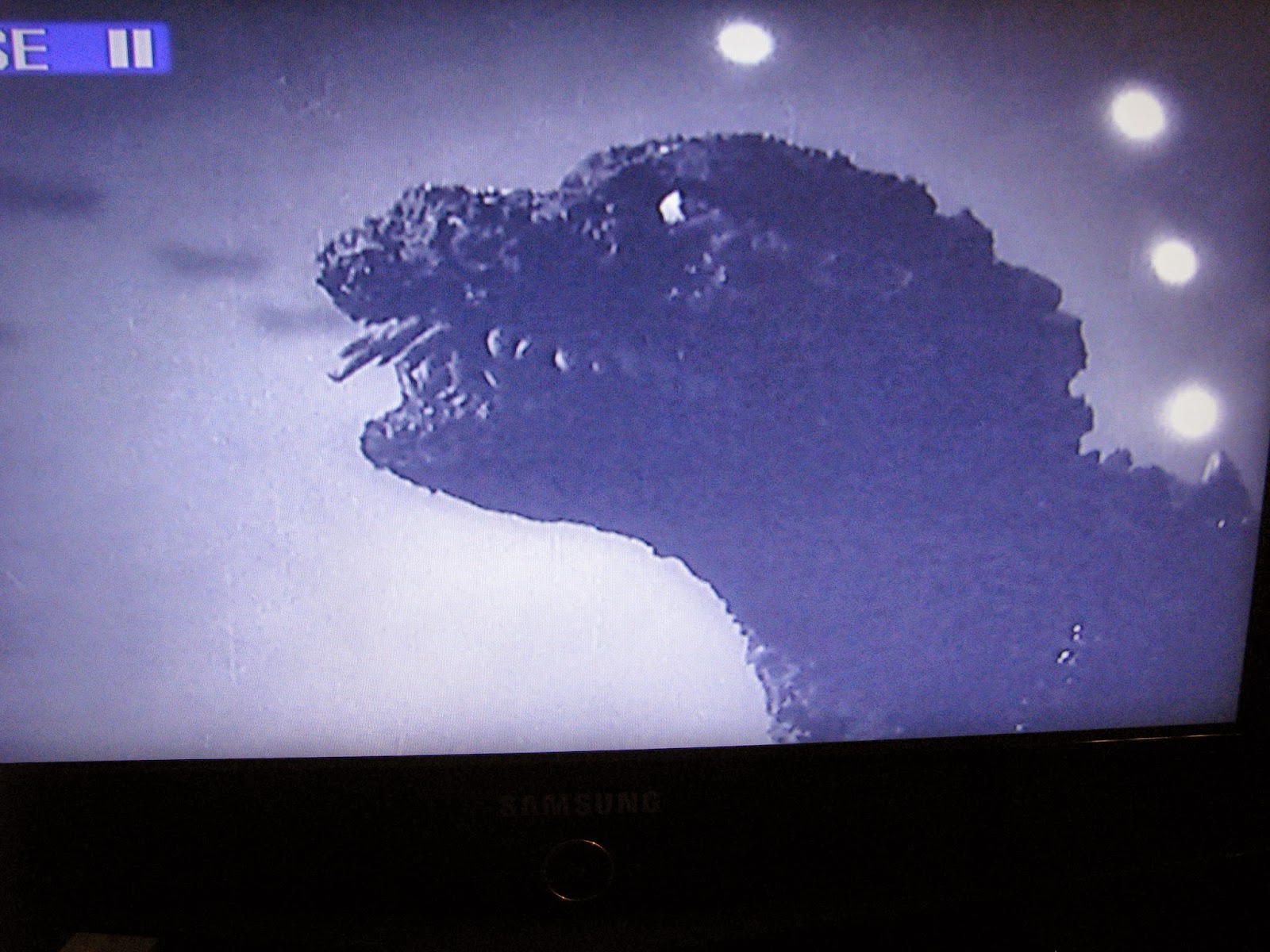 And the suits are a fascinating subject too.  The suit in "Raids Again" was a good one, certainly much better than the movies that followed in the 1960's.  Godzilla usually appears at night in this movie, with great use of fire as a prop.  The high contrast scenes enhance the effectiveness of the G suit. 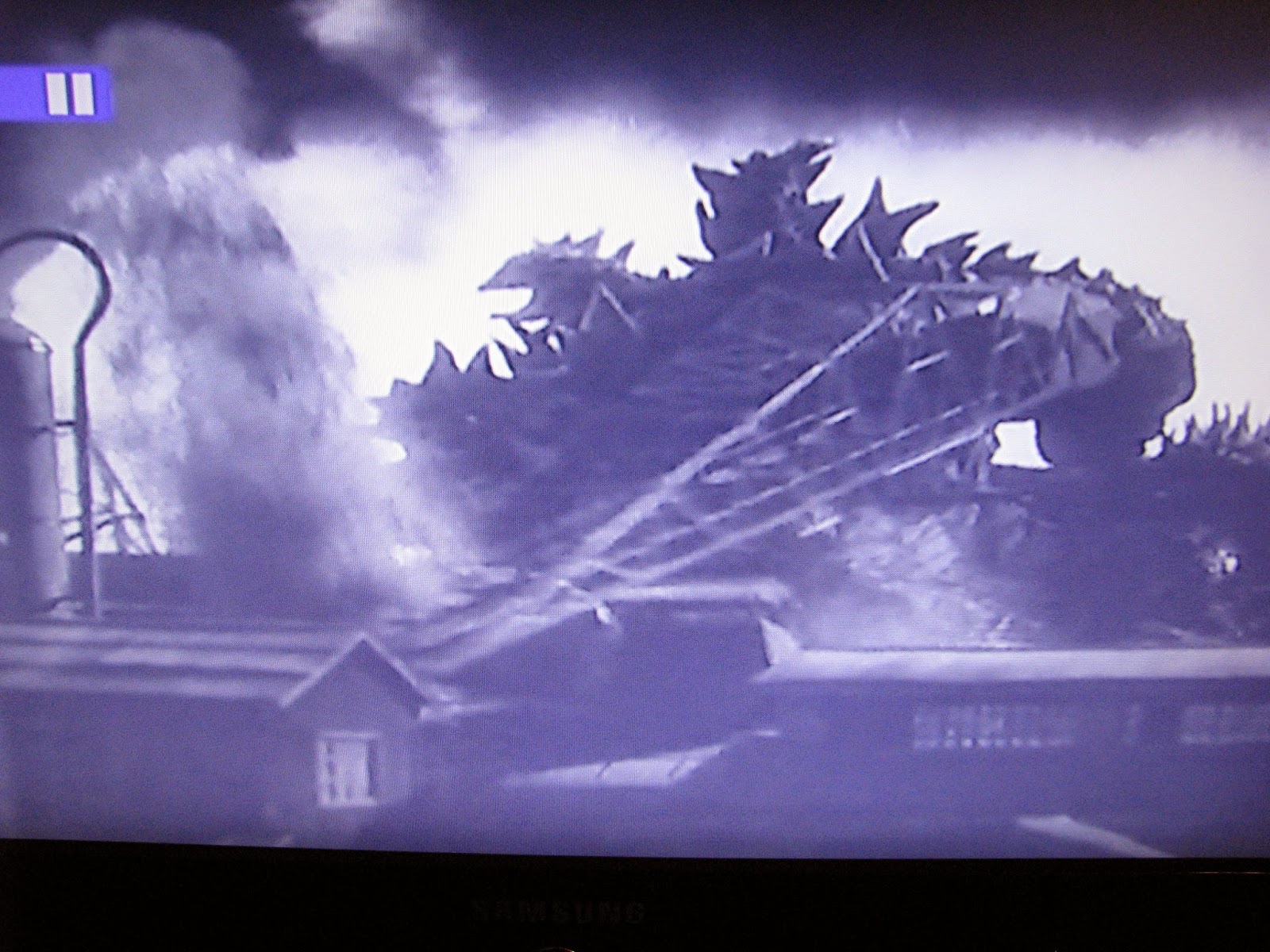 There's always a lot of discussion in the Godzilla community about the quality of the monster fights.  The fights in this movie were spectacular, better than anything that followed until 2001's Godzilla, Mothra, King Gidorah:  Giant Monsters All Out Attack.  The opponent in this movie is called Anguilas.  The climactic fight ends in a spectacular, bloody kill with a neck-breaking bite followed by a blast of Atomic Breath. 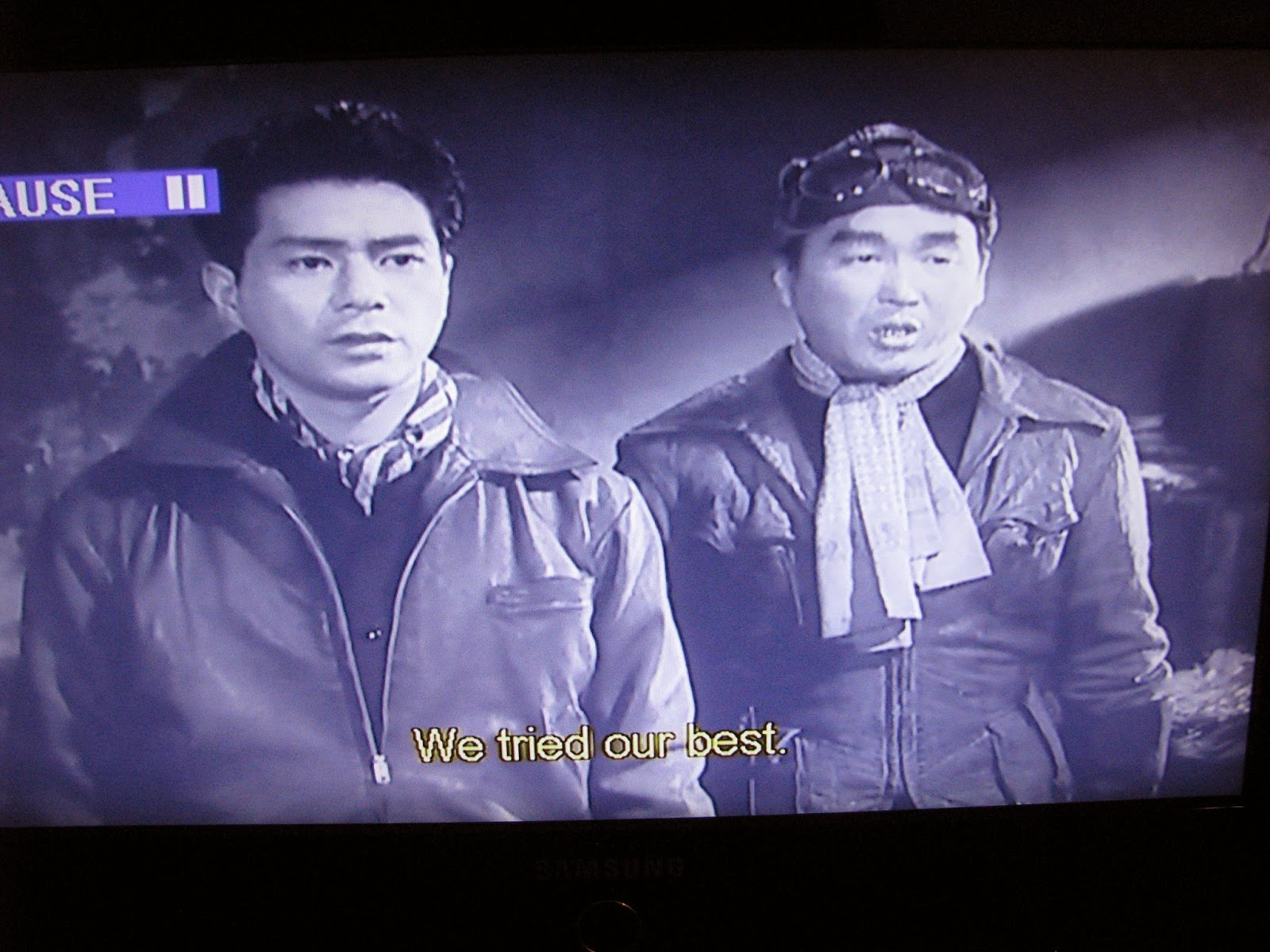 That's the leading man on the left, Hiroshi Koizumi.  He had made twelve movies already, and went on to clock ninety-four all together, including Mothra and five other Godzilla movies.  The actors in these movies were real pros, they could be believable in any type of role.

The fellow on the right is the best friend, Minoru Chiaki.  You may remember him from Seven Samurai (1954?), where he played the likeable but very strong, heavy set samurai who was an old comrade of Takashi Shimura's.  (Takashi's in this movie too, same professor as in the original Godzilla).  He was in a lot of really high quality movies, starting out with Stray Dog in 1949.  Always the best friend.  He died in Seven Samurai, and he dies in this movie too.  The curse of the best man. 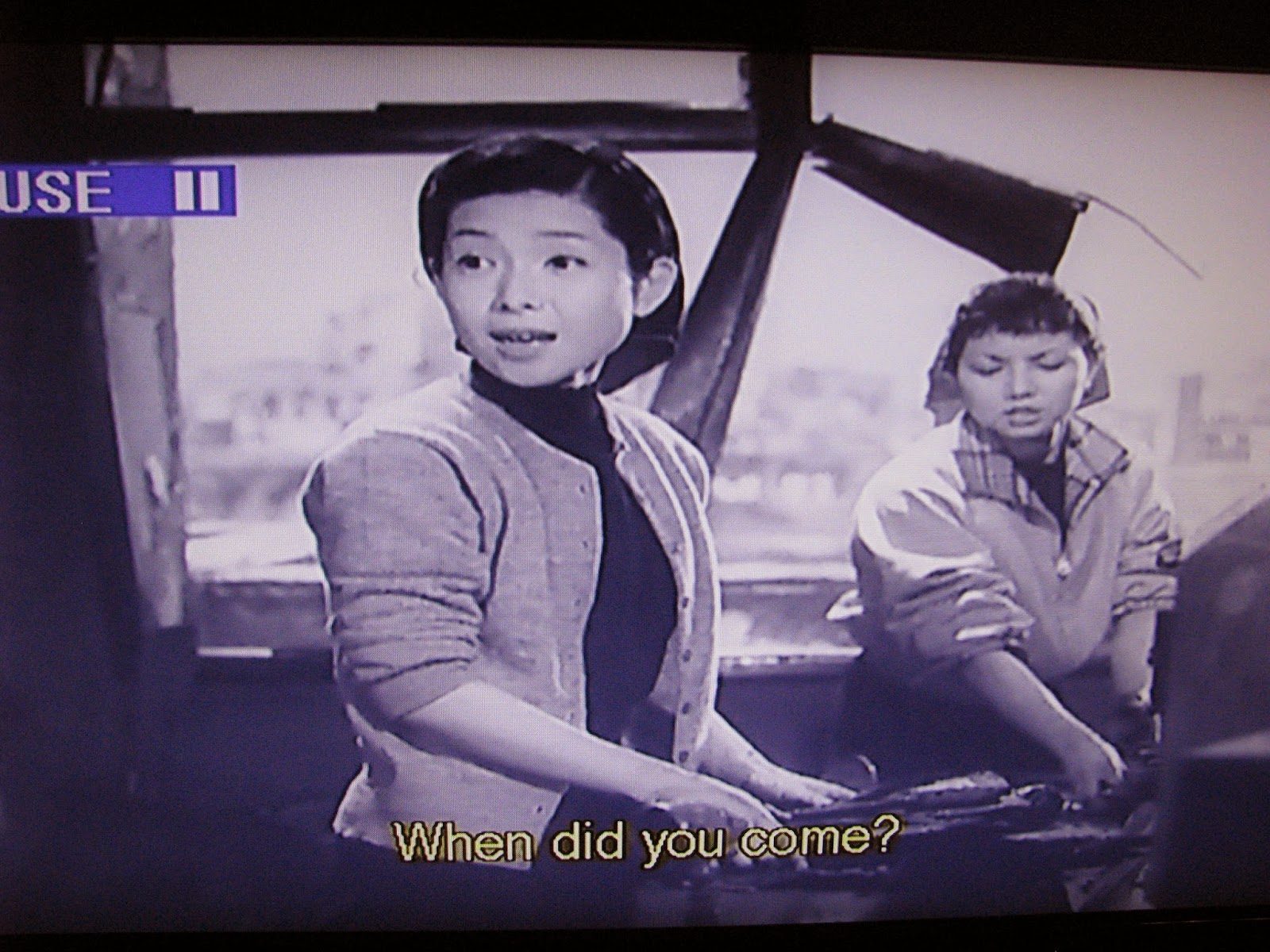 The leading lady, Setsuko Wakayama.  This was her only Godzilla movie.  She does a good job of it. 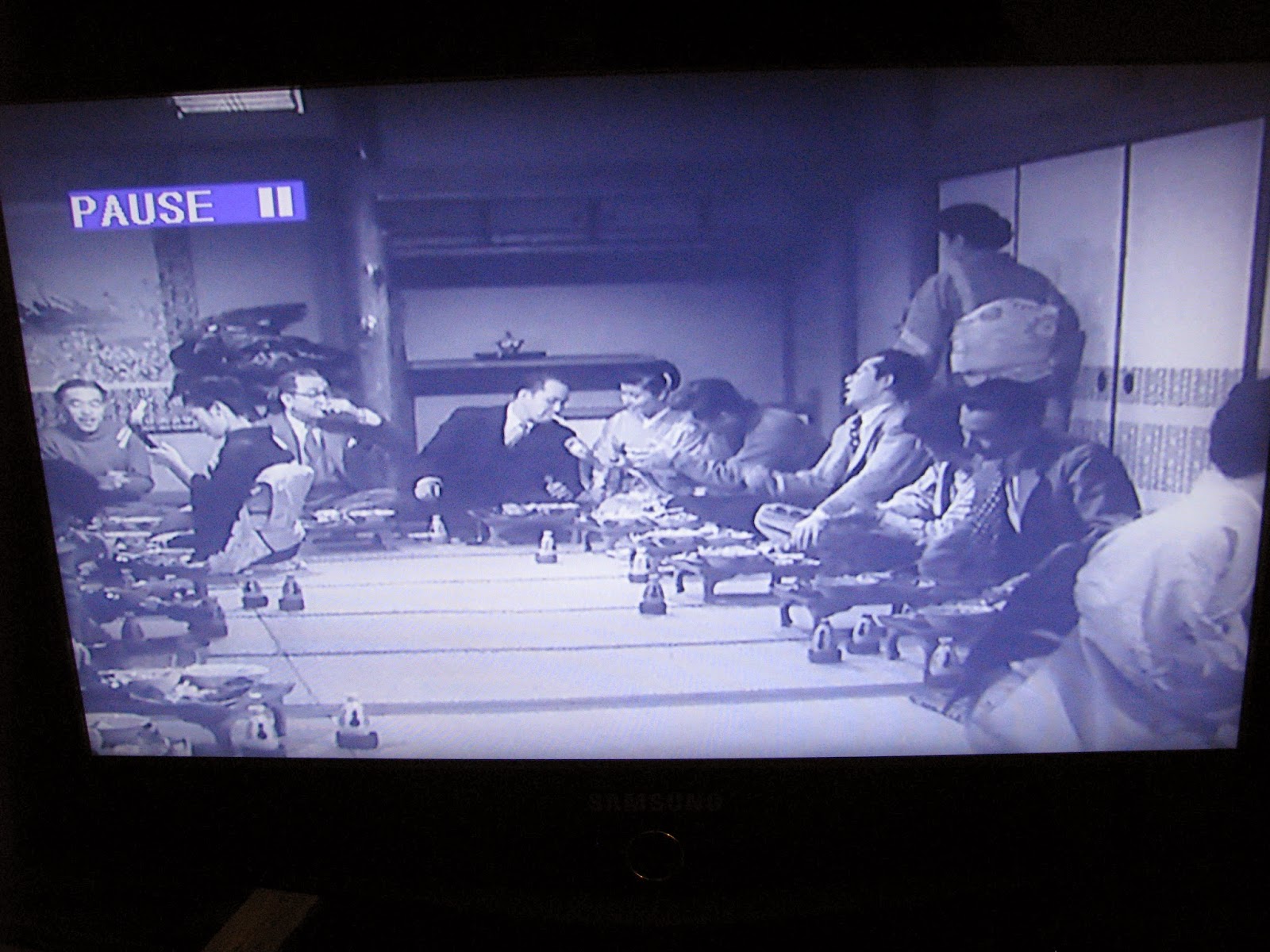 I include this picture for my Thai friends.  This is a party to celebrate (prematurely) the end of this Godzilla crisis, and the party is being held in the Yayoi Restaurant!  Just like the Yayoi in every mall in Bangkok!

There's a long interlude of peaceful human interaction after Godzilla kills Anguilas, but off course the G-Man returns.  They "kill" him by causing avalanches that buries him in snow and ice.

Very good music in this movie, too.  It echos the themes of the original, but is simultaneously more martial and less strident.

It's a good movie.  I have no idea why it's been kept so under wraps all of these years.  It's certainly better on all counts than some of the '60's movies.  Better human characters, better story, better acting, better monster fights.  I'm glad that it's out there to see at this point.