Just when one could be forgiven to think that the only thing on Safety Expert Mister Ralph's mind, if indeed he was still alive, was sabotaging the country's presidential elections, the Master Of The Seat Belts made the news twice this week:

1. Somewhat predictably, he thinks that President Obama made an unconstitutional miscalculation by doing whatever we're doing in Libya without first doing, you know, whatever; and

2. Out of left field, he thinks that athletic scholarships should be done away with.

I, for one, am not in the least comforted by knowing that this creepasaurus is still thinking at all.
Posted by fred c at 9:29 PM 1 comment: 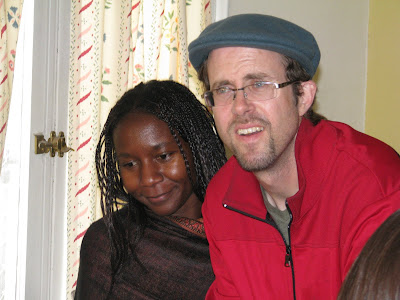 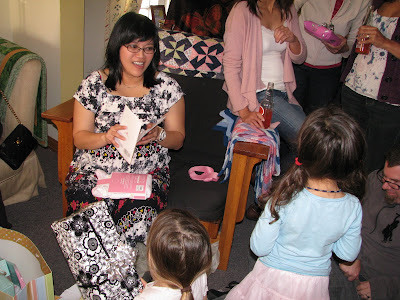 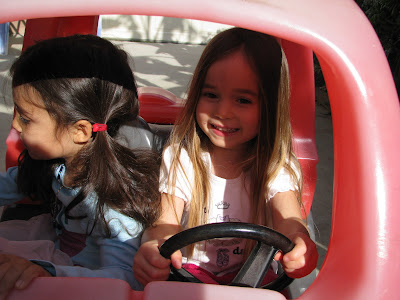 The "Baby Shower" is a nice American custom. That's little mama in the middle picture, my great new daughter-in-law, opening the presents (my son, the proud papa, in on the right hand edge). The baby will be my first grandchild in May. The other pix are guests, two really great four year old girls and my other son and his great girlfriend. So sometimes, if one is lucky, life is still great.
Posted by fred c at 7:39 PM 2 comments:

Soul Brother Number Two! Remember Napster? Bobby Byrd was my test case for Napster. The first time someone told me to check it out, I put in Bobby Byrd and a couple of other things, Chris Kenner, and came up with nothing, so I wasn't interested. Within a few years Napster was full of everything. A great loss, that of Napster.

But Bobby Byrd! Under-rated, but there's always a lot of that going around, don't you think?
Posted by fred c at 7:37 PM 2 comments:

Two recent court cases left me shaking my head in wonder. Not the kind of wonder that comes from watching Disney's "Fantasia," or observing the night sky, rather the kind of wondering that seeks reasons for any of the dumb-ass things that happen in this world of ours.

The lesser of the evils is an injury lawsuit that has just been filed against Starbucks. The plaintiffs are the survivors of a guy who died, allegedly because Starbucks left the tip jar where people can reach it, without including a warning to customers that stupidly chasing someone who grabbed the tip jar and ran with it might get you stomped or even killed.

I'm sure that even the plaintiffs would agree that the place for a tip jar is where people can reach it, so I'm thinking the case will hang on the failure to warn.

Cases like this remind me of the frequent wish of many lawyers that there was a "bullshit defense," as in, call a hearing and just explain to the judge that this case is bullshit. "Your honor, kill it before it spreads."

The other evil case is much, much more insidious. A blogger in Minneapolis exposed the link of a local community activist to mortgage fraud. The blogger worked for the Star Tribune newspaper, and isn't that what journalists are supposed to do? The fraud part was all true, nobody disputed the facts, the lawsuit was not one for the tort of libel. The blogger was sued for the new tort of "meddling in employment relations." The crooked activist had been fired from his job as a result of the exposure of the illegal activity. The blogger was found liable too, and he was ordered to pay the crook $60,000.

The blogger's name is John Hoff, and the blog is "the Adventures of Johnnie Northside." I hope that he comes down on his feet.
Posted by fred c at 2:47 PM No comments:

Tough row to hoe over in Sendai. Good luck, everybody, and may the souls of the faithfully departed, etc, amen.
Posted by fred c at 7:55 AM No comments:

Or maybe I should say, "the mind at sleep remains active." Last night I had further proof of this, as though any were necessary.

I spend a good deal of energy wrestling with language these days. English, naturally, is an ongoing task, a challenging language that is never really mastered. I'm working on my German, I have two German friends at my condo-building-home and I talk to them everyday. Thai may prove to be my linguistic Waterloo, but I haven't given up. Last night these struggles appeared in my dreams.

At one point, a person in the dream was employing a screwdriver in the manner of a New York subway mugger, which is to say threateningly. The dream was taking place in German and English, and I searched for the German word for screwdriver. What I came up with was "Hupschrauber," but I knew that a Hubschrauber was actually a helicopter.

I considered this through a series of waking and sleeping periods, and finally, in another dream, I realized that a screwdriver in German was a "Schraubenzieher." Upon waking this morning, I confirmed that both of these words had been correctly identified.

So my excuse for sleeping nine or ten hours most nights is that the time is not really wasted. The mind remains active, and the time is rich in recollection and learning. That's my story anyway, and I'm sticking to it.
Posted by fred c at 8:26 AM No comments:

I find it hard to believe what's going on in America these days, and even harder to believe that the people who probably care about it do so little to protest about it. I cut this from an e-mail notice that I got from our friends at Move On dot org.

The Republican budget would:

1. Destroy 700,000 jobs, according to an independent economic analysis.

3. Cut $1.3 billion from community health centers—which will deprive more than 3 million low-income people of health care over the next few months.

5. Kick more than 200,000 children out of pre-school by cutting funds for Head Start.

7. Cut some or all financial aid for 9.4 million low- and middle-income college students.

8. Slash $1.6 billion from the National Institutes of Health, a cut that experts say would "send shockwaves" through cancer research, likely result in cuts to Alzheimer's and Parkinson's research, and cause job losses.

9. End the only federal family planning program, including cutting all federal funding that goes to Planned Parenthood to support cancer screenings and other women's health care.

10. Send 10,000 low-income veterans into homelessness by cutting in half the number of veterans who get housing vouchers this year.

Add the attacks on voting rights for groups that generally don't vote Republican, the attacks on workers rights, the general hostility to rights of privacy and association, and the blind support for all things war and security related, and you have a full blown crisis of American democracy, a crisis that in my opinion rises to the level of an existential threat.

Are we stupid enough to allow this to happen while we all yawn and follow closely the antics of Charlie Sheen? And yes, that is a rhetorical question.
Posted by fred c at 1:11 AM 2 comments:

Greetings from the Land of Kars and Gurls, sunny southern California. I had a good flight. The plane's entertainment system needed to be re-booted twice, but it came back okay both times.

The longest twelve and a half minutes of my life was watching the beginning of the new Harry Potter movie, so I was happy to have all of the choice built into the flying experience these days. I watched a very recent Two-and-a Half Men, which was interesting. Rock star from Mars my ass.

For me, the best part is Homeland Security at LAX. A huge room full of black-uniformed operatives, and almost all of them have heavy foreign accents. Plus the bad attitudes. "Are you American? Go to line fifteen!" At line fifteen, "no! sixteen and seventeen! No waiting!" Staring at my passport, then me, then the passport, etc, "so what, did you lose some weight?" 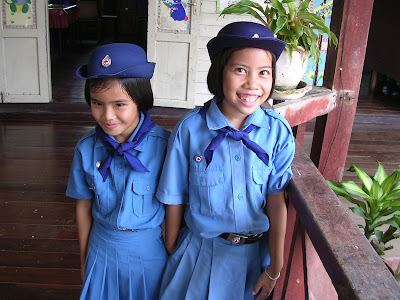 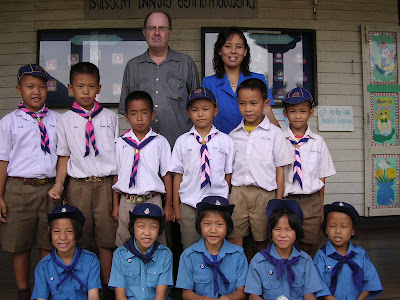 These pix are from almost seven years ago (!!!). This was one of my schools back in my Peace Corps days. That's my buddy and radio co-host Krue Tiwaporn with me in the group picture. I loved this little school, and I have returned for visits several times over the years.

The bad news is, these kids never learned much. I visited recently, when my old second graders were in sixth grade, and talking to them I could tell that they had learned almost no English in the meantime. Probably not much of anything else either. All of the parents in this village are sticky-rice farmers, and everyone just expects the kids to follow them into the fields. Some of them, including the girl on the left in the two-shot, were very, very smart. It's a shame.

The good news is, when I first taught here, the fifth and sixth graders had horrible teeth, really scandalously bad. Teeth rotten, or missing. That was at the beginning of the free milk program and the visiting dentist program, both government sponsored. On a recent visit, I was delighted to see that the current fifth and sixth graders all had good looking teeth. So that's progress, real I think.
Posted by fred c at 1:34 AM No comments: