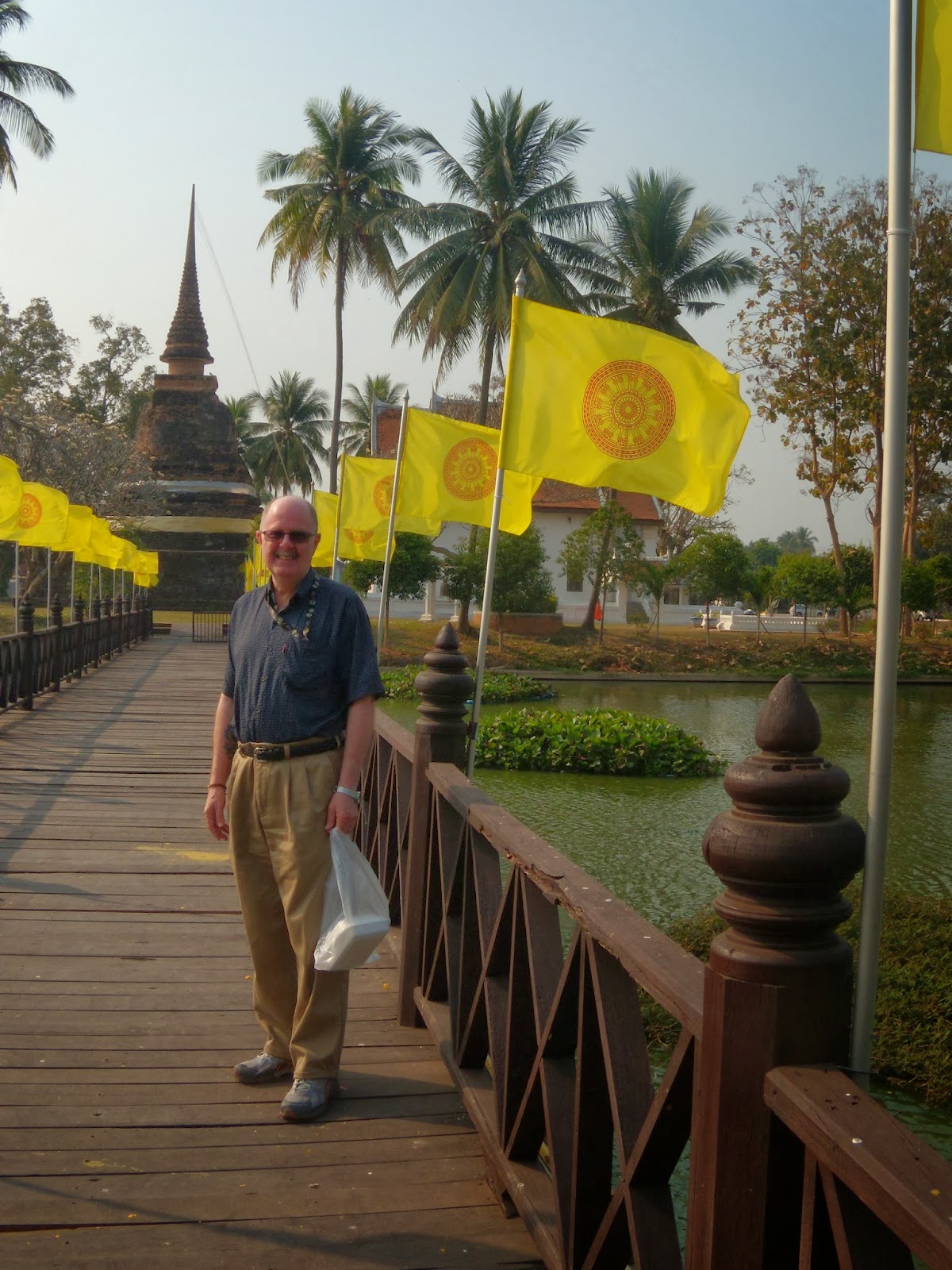 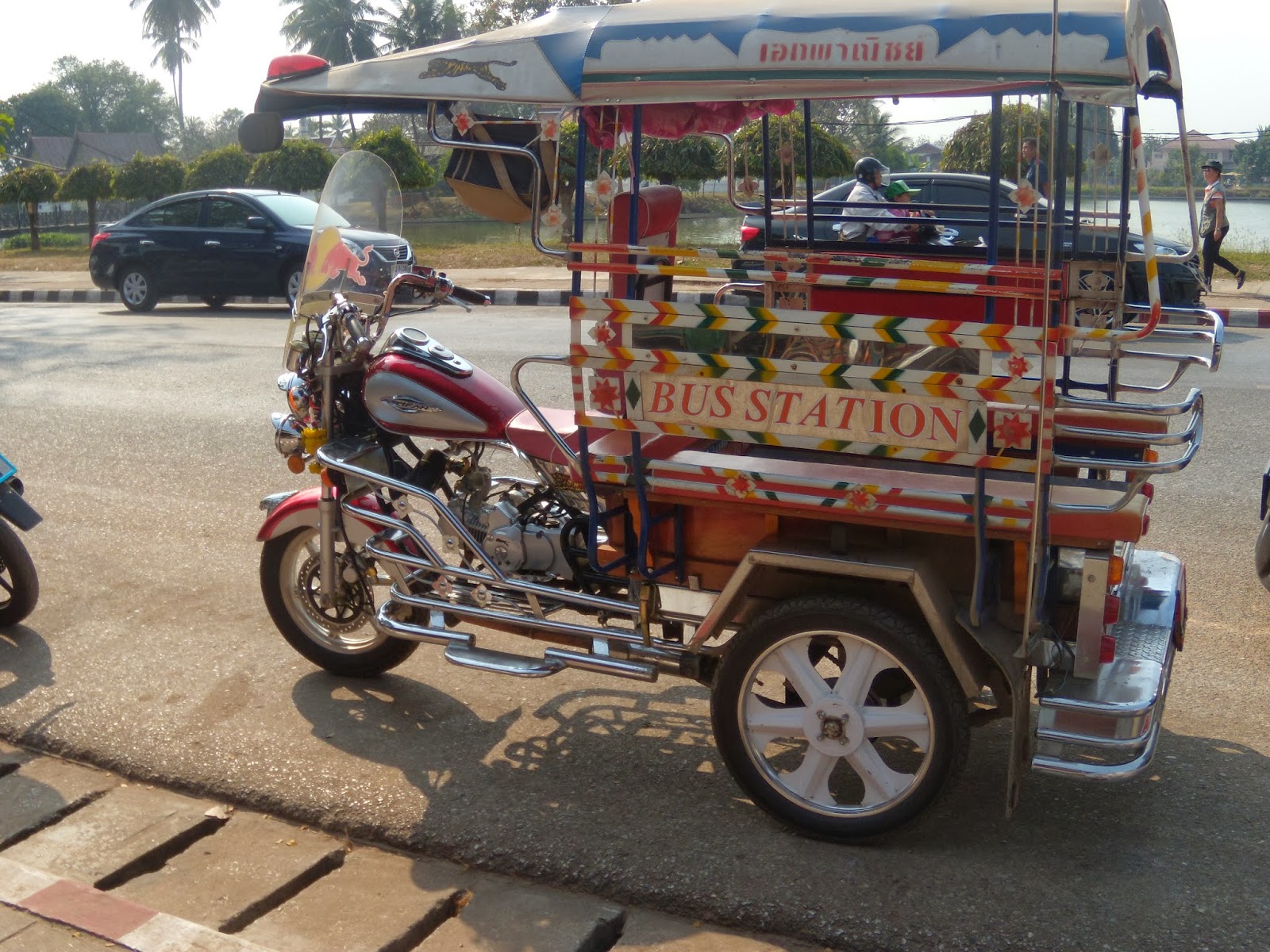 I was up in Sukhothai last weekend, teaching a class.  "English for Lawyers," for the LL.M degree.  I stayed an extra day to cool out and look around.  As usual, I was more interested in the vehicles than the historical sites.

But not by much, not in Sukhothai.  Sukhothai was the capitol between about 1200 and 1400.  The temples are a wild mix of styles, Thai style, Khmer style, Indian style, Buddhist art, Hindu art, that older lingus/yoni stuff.  Different styles right next to one another, or even in the same temple.

The vehicles were cool too, as evidenced by this motorcycle tuk-tuk, one of the nicest ones that I've ever seen.
Posted by fred c at 2:08 AM