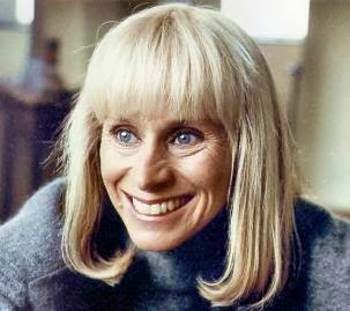 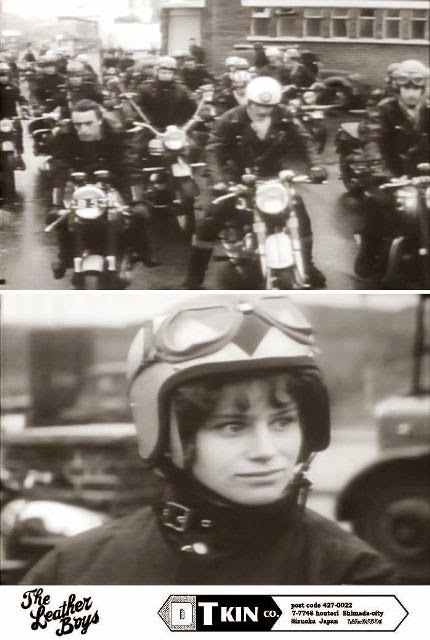 Good news! Rita Tushingham is not only still alive, she's also been working consistently from her heyday in the early '60's right up to the present.

I lose track of things, even of things that I'm quite fond of.  Then I get a sudden attack of, "what ever happened to . . ."  and I ask Professor Google.  Sometimes the news is not encouraging; sometimes, like today, it's very cheerful.

I always liked Rita.  She's a perfect example of a very English phenomenon: the actress that was hired for her acting ability.  I always wonder, do they do it because of the acting and in spite of the woman's looks, which can range from plain to awkward to unpleasant?  Or do they do it on purpose, as a gesture at reality?  She's cute enough, so this whole subject is unfair.  And she makes a very pretty seventy year old at this point (photo 2012).

The bottom photo is from an old favorite of mine.  "The Leather Boys," 1964, an English biker flick with a strong homosexual sub-plot, very unusual for the times.  Thanks to my old friend David Augustus Ehrenstein for dragging me to some art-house in 1965 to see it.  He was my informal professor of film studies there for quite a while, and he was a good one.
Posted by fred c at 12:32 AM