Alert The Media: New Mexico Is Part Of America 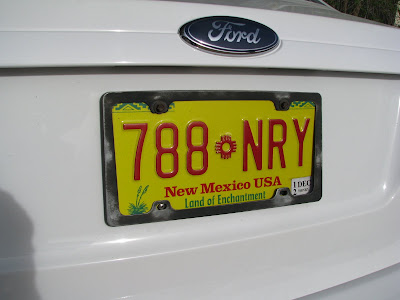 When I was a boy, most Americans were aware that New Mexico was one of the United States. For whatever reason, this information is no longer widely known.

I recall that during the last Winter Olympics held in the U.S.A. some people buying tickets by mail, upon giving their address as "New Mexico," were told that they would have to call "their national office," i.e., some office in Mexico.

All prior New Mexico license plates, I believe, were labeled simply "New Mexico." Now they find it necessary to remind all viewers that New Mexico is part of the United States.

I make no judgment regarding this necessity, but I do find it to be an interesting comment on our times.
Posted by fred c at 4:34 PM