Another Nail-Biter Of An Impeachment 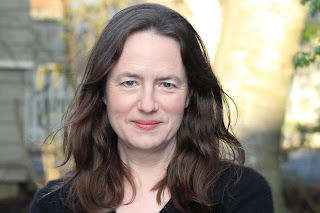 The nation is holding its collective breath! News organizations are whipping the tension into peaks of froth! Will Republican senators suddenly develop spines and surprise everybody by voting to impeach Donald Trump?

The news outlets cannot, of course, survive in a world where the obvious must simply be reported and forgotten. Such a fate is fine when the subject is the death of a somewhat famous jazz/ fusion piano player, like Chick Corea, whom people had probably heard of, but whose death doesn't really ruin anyone's day. RIP, Chick; say goodnight, Gracie! But surely there must be at least a week of high drama in the SECOND impeachment trial of the worst president in history. Mustn't there be? Please, no. (Ayn) Rand Paul is doodling on a legal pad. This thing is in the bag.

While it's true that the Republicans are in the middle of a hissing, hair-raising, howling fit right now, I don't believe that any of that internecine power struggle will interfere with their pro-forma vote NOT to impeach the now Mr. Trump. I will be amazed if more than two or three Republicans vote to impeach. As I have said before, they do this only to “prove” to the American voters that Republican public officials think independently and vote their own minds.

I was surprised to notice today that serious academics, people whom I admire very much, believe that there could be some new dynamic at work here. Something that would lead to the impeachment proposition being carried. A “yes,” in other words. An impeachment. A banning of Trump from any future involvement in politics.

No less a light than Heather Cox Richardson, Ph.D., has gamed this thing out and has proposed a way in which the Republicans could allow the impeachment to be carried, while not actually voting for it. They could all just stay at home. I think that the point is that the vote to impeach must be made by two-thirds OF THE SENATORS WHO ARE PRESENT. That way, they could all tell their idiotic voters back in Kick-Stump that they did not vote to impeach Trump, and maintain that the whole thing was a political hit job, but what the fuck, it's done and let's just move forward with our devilish plans to destroy democracy.

I'll believe it when I see it. My hunch is that the Republicans will dance with the one that brung 'em. In other words, with a lazy fart into their luxurious leather chairs they will vote “no” on this second impeachment. Same as they did on the first one. Trump brings in the votes. He is like P.T. Barnum. He puts butts in the seats. He's a first class bullshit-artist who could sell ice to Eskimos. He's an earner. As Tough Tony would say to his captains, “anybody else, I'd zotz the prick myself, but this guy is a great earner.”