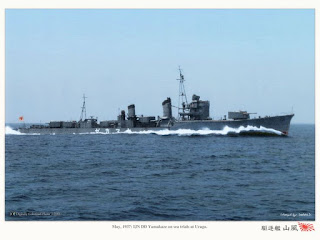 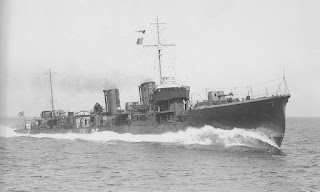 That’s “Imperial” as in the Japanese military forces during World War II. The officer corps of the Imperial Japanese Army was completely out of control, and the naval officers weren’t much better. It’s always amazing to me, because “insubordinate” and “disrespectful” and “disobedient” are not words that one would usually use in connection with Japanese individuals who were lower in status than the other person in the interaction.

Considering the Army? Forget about it! One need only recall that low level officers in the Manchurian garrison started the entire disastrous invasion of China on their own motion. The brass in Tokyo, and the Emperor, went along after the fact.

The further down the Army chain-of-command you went, the worse the behavior became. The more that I read about that war, the worse the insubordination of the Japanese officer corps seems to get.

The navy was not immune. I recently read of an incident involving Captain Yonosuke Murakami.* I took particular note of it because our own Haruki Murakami is a favorite author of mine (and not in the least insubordinate, to my knowledge). This event took place during the six month contest for Guadalcanal, running from August, 1942 to February, 1943.

Captain Murakami was in charge of a division of four destroyers under the command of Admiral Raizo Tanaka, an extremely talented and justifiably famous destroyer admiral. The admiral was a brilliant tactician with nerves of steel. (See “Battle of Tassafaronga.”) The admiral ordered Murakami to take his destroyers and make a night attack on an American resupply convoy to Guadalcanal. Murakami gave the admiral the old “hell, no.” He flat refused.

“Full moon,” said Captain Murakami, “we’ll get dive bombed.”  They knocked it back and forth for a couple of minutes, and finally Admiral Tanaka backed off and rescinded the command. No disciplinary action was taken, nor any report made.

There have been several new books about the Pacific war in the last few years, and it’s amazing how much new information the historians can access as time goes on. Every year there are new documents; new personal records and diaries; new translations. More documentation has only led to more examples of these kind of disciplinary, ah, problems.

Please note, for the record, that I am not criticizing the Japanese military at the time. History is history, and the events of a particular time and place must always be judged by the prevailing mores and realities of that time and place. They were who they were; they did what they did. And speaking of the record, the record still shows that the average Japanese soldier or sailor or airman was an incredible font of courage and dedication, while acknowledging the perhaps too frequent moral lapses. It’s that “particular time and place” thing again. Not everything can be judged by the same yardstick.

But really, the discipline in the Imperial Japanese forces in WWII was spongy, and that’s putting it mildly, at least in the officer corps.

(Photographs show two classes of Japanese IJN destroyers that were active early in the war. These ships were very capably employed by talented officers and crews and they were very effective.)

*Episode with Captain Yonosuke Murakami and Admiral Raizo Tanaka from “Neptune’s Inferno,” by James Hornfischer.
Posted by fred c at 5:39 AM