I Love That Plane; I Hate This Plane 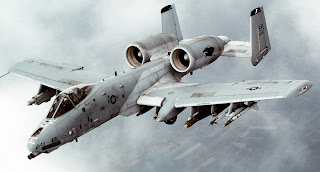 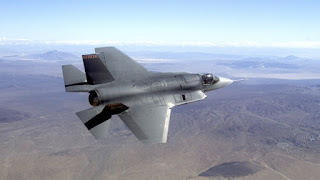 “That plane” is the Fairchild Republic A-10 Thunderbolt II, aka “the Warthog.”  Our ground forces love the A-10, and opponents keep their heads way down when there are A-10s in the area.  Our guys and I love the A-10, but Air Force big-wigs hate it.  They hate it because it’s not beautiful, it’s slow, it’s easy to fly, it’s cheap to build and it’s not stealthy.  All of that makes the A-10 unsexy.  They’ve been trying to phase out the A-10 for many years already, and they may finally be closing in on success.

The A-10 is a purpose-built, brutally efficient ground attack plane.  It’s one of the rare planes to be designed from the ground up around its primary weapon, the GAU 8/A “Avenger” Gatling cannon.  The gun is a 30mm monster with seven rotating barrels that fires at a variable rate of 1,800 to 4,200 rounds per minute.  The ammo box holds a huge 1,174 rounds.  That gives it more than thirty seconds of “trigger time” at the usual rate of fire, 2,000 rpm.

In addition to the cannon, the A-10 can carry up to eight tons of external stores.  These are a mix of bombs (gravity, GPS, or laser-guided), missiles (air-to-ground and/or air-to-air), unguided rockets, extra fuel and electronics pods.  The A-10 carries one pod containing the most modern EOTS in the world.  (Electro-Optic Targeting System.)  That’s to acquire and monitor ground targets.  It’s capable of marking ground targets with an infrared laser and downlinking real time video to ground forces.

That’s the key . . . that close link with the ground troops and the clear identification and marking of targets keeps the ground troops safe from “friendly fire.”  When jet-jockeys start unloading willy-nilly, the wrong guys get killed.

One reason that the A-10 is so efficient is that it functions as a terror weapon.  It flies low and relatively slowly.  It eliminates opponents “eye-to-eye.”  They can see the pilot looking at them.  It’s almost as personal as holding someone by the coat and beating them to death.  And the sound of that cannon, coming back again and again, is the stuff of nightmares.

Although the A-10 is still performing its close air support mission with great efficiency, the Air Force top brass wants it gone.  “No,” they say, “get rid of the A-10, it’s obsolete, we like this new plane.”
The F-35

“This plane” is the F-35, Lockheed Martin’s “Joint Strike Fighter.”  Some committee of geniuses about twenty years ago laid down the specs for this thing and decided that we need one plane for all missions and for all of the flying services.  Air Force, Navy, Marines, air superiority, ground attack, deep penetration bombing, everything, one size fits all.

Many years behind schedule already, and wildly over budget, the design team is still working on a long list of technical problems.  The plane may or may not be mission capable within the next few years.  And it’s obsolete already.

Comparing the F-35 to the A-10 in the ground support mission is a joke.  Two things jump right out:

1)      The F-35 carries the GAU 22/A, a 25mm, four barrel Gatling cannon with a rate of fire identical to the gun on the A-10.  But the ammo box only carries 182 rounds (I’ve seen it reported down as low as 137).  That gives it a trigger time of about three to five seconds.  My hunch is that they don’t want this thing flying down in the weeds anyway.  It’s expensive, and the stealth thing only works when you’re way up there and far away; and

2)      The F-35 is not fitted with, nor can it be fitted with, nor can it be retro-fitted with the most modern EOTS pod that is currently fitted on the A-10 and every other plane that the F-35 is meant to replace.  Such things didn’t exist when they started developing this plane.  That means no target illumination by laser, and no video downlink with ground troops.  And that means that pilots will be guessing about what they are bombing, and that means casualties due to friendly fire.  This plane will kill G.I.s.  That’s not a guess; that’s a fact.  Even the video feed to the pilot is of lower resolution that the existing EOTS pod.  I can imagine the scene in the cockpit.  “What’s that?” says the pilot, “muzzle flashes?  Bombs away!”

So it’s a problem, a hugely expensive boondoggleous problem.  But look for the good!  It may never get off the ground!

Disclaimer:  Yes, I know that the official reason that the Air Force wants to get rid of the A-10 is that it could not perform its mission safely in a combat environment where the opposing forces were flying modern, front line fighters and the area was protected by top-of-the-line anti-aircraft systems.  Well, geniuses, we’re in about a half a dozen wars now, where is that happening?  My opinion is that there will be a place for the A-10 for years to come.
Posted by fred c at 8:50 PM