A Nice Family From Singapore 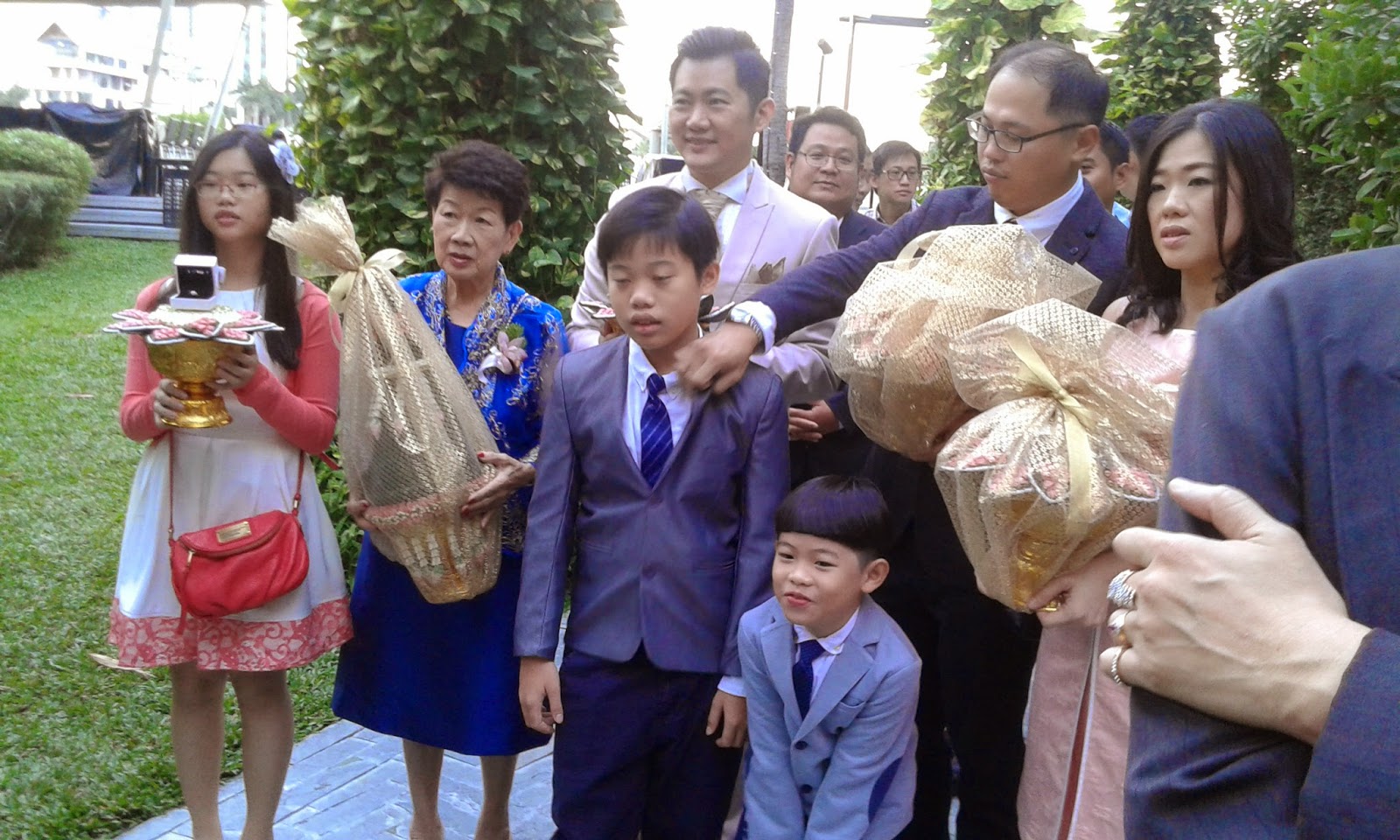 The young gentleman in the middle was the groom at that wedding I wrote about last month.  He is joined in this picture by his mother, his sister and brother-in-law, and their children.

Singapore is an interesting place.  Lots of Singaporeans are very disciplined and hard working, and very well educated too.  The place itself has too many police to suit me, and the entire social fabric can seem a little tight fitting to an American.  I like the people though, especially the Chinese Singaporeans.

The wedding was in Bangkok; the bride was Thai.  The wedding was at the Mandarin Oriental Hotel, which is a really, really nice place.
Posted by fred c at 1:32 AM