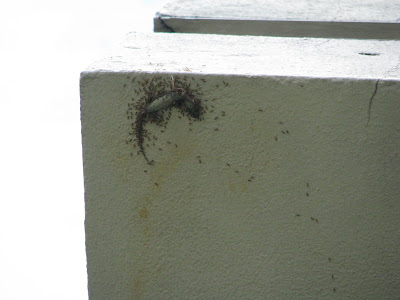 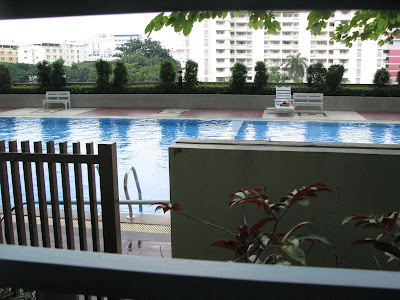 What show was that, Concentration? No, it was Hollywood Squares! The turnabout hit this gecko this morning, hit him like a truck. How did the ants overtake him? That would be a good story. He doesn't look fully grown, so how likely is it that he just up and died there and waited for them to find him?

It reminds me of something that happened when I first got to Thailand. After our training, we were inhabiting an old wooden house in Phrae, waiting for our rental to be vacated. This was a "teacher house," on the grounds of our grammar school, no one had lived there for a while and it was termite infested. One night the termites sprouted wings and swarmed like crazy, as usual they dropped on the floor in large numbers. I figured that I would clean it all up in the morning when they were done dying. The next morning, like magic, the floor was completely clean, not one wing. It was the ants! Nature's garbage clean up crew!