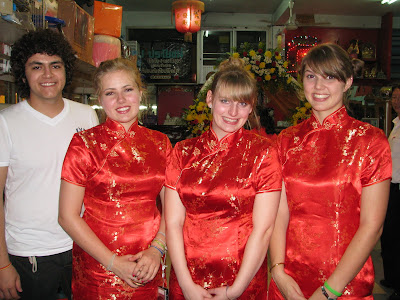 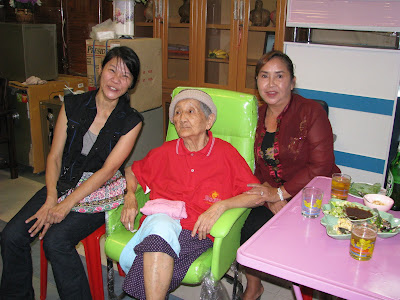 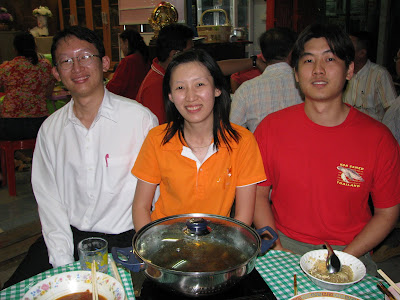 Of the three young people, the one on the left was in my class on Saturday. He volunteered to drive me back to the hotel, and on the way he invited me to his family's holiday party. Luckily for me, I accepted. It was a great time, and a really nice family. This is a picture of him with his younger sister and brother. He's a great guy, smart as a whip and personable as all get out.

The grandmother is in the middle picture. She's eighty-seven years old. She had at least six children, I'm not sure that I understood the genealogy right. All of her children have families, and they were all at the party. Grandma, and the rest of her generation, were from China.

Most interestingly, the four foreigners are all exchange students living with various elements of this extended family. The way it was explained to me, they like to have exchange students around because: 1) English is important and it's nice to practice with a pleasant young person; and 2) it's just fun all around. These guys are, left to right, from Mexico, Canada, Germany and America.
Posted by fred c at 4:16 AM